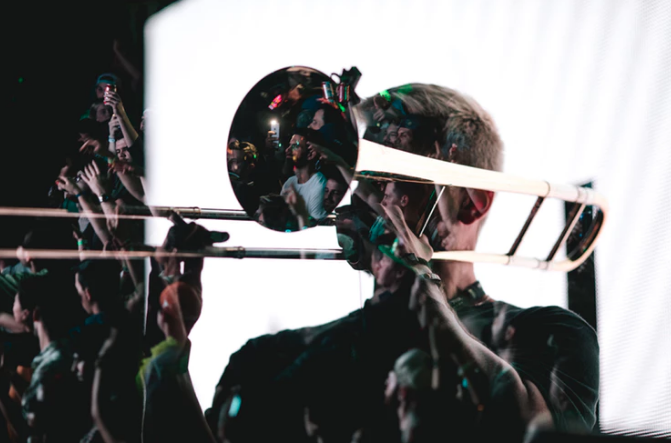 Every year tens of thousands of people flock to Austin for this festival. For many people living in, or moving to Austin, they have heard about it and know that is results in traffic and all the good brunch places having at least an hour wait time, but they don’t know what it is exactly. So allow us to fill you in.

South by Southwest is a 10 day film, interactive media, musical festivals and conferences that take place in mid-march. It was started in the mid-80’s. Today it is a way for people to learn about new innovations and ideas, find new artists and provides a platform for artists, filmmakers, innovators and thinkers. The festival has inspired similar festivals all across the country and has a sister festival called the Me Convention in Germany, hosted by Mercedes-Benz.

There are three aspects to the festival; film, interactive media and music. These events are held all over downtown and throughout the city, with the heart of the conference being based in the Austin Convention Center.

The SXSW website summarizes the festival as “The South by Southwest® (SXSW®) Conference & Festivals celebrate the convergence of the interactive, film, and music industries. Fostering creative and professional growth alike, SXSW® is the premier destination for discovery.”

The SXSW Film portion last five days and invites filmmakers of all experiences. The conference consists of keynote speakers, panels, workshops and mentor sessions. In collaboration with the film portion of SXSW the Austin Film Festival runs nine days. Films are shown throughout the conference including advance screenings, movie premieres and spotlights. Films that are premiering this year include The Beach Bum, Us and The Long Shot. Celebrities in these films made appearances in town including Matthew McConaughey, Seth Rogan and Charlize Theron.

Austin prides itself as being a tech hub and this portion of the festival reflects that. This part of the conference is all about emerging technology and features trade shows, speakers, parties and a startup accelerator. There are opportunities for conference visitors to test some of the technology. Large keynote topics this year include Blockchain & Cryptocurrency, Cannabusiness and VR/AR/MR.

The live music capitol of the world hosts over 2000 live music events during the music portion of the festival. Many artists get their start at SXSW. It’s a great way for emerging artists to get exposure by being showcased. To see which artists are being showcased this year you can visit the SXSW website.

A large aspect of SXSW are the keynote speakers. Each year influential politicians, industry innovators, successful business leaders give talks to foster creativity and ingenuity. Since this year is the year before a major election expect many politicians to make appearances including Beto O’Rourke, Elizabeth Warren, Alexandria Ocasio-Cortez and Julian Castro.

While badges to attend the festival can be any where from a few hundred to a few thousand there are plenty of free events Austinites can attend. The traffic may be a headache but enjoy the festival while it lasts.

Thank you for visiting the Barton Harris blog, an Austin real estate firm. If you are looking for a realtor to help you move to Austin and explain what is SXSW contact one of our realtors today! We know all about Austin.